In a recently-deleted tweet, a Hollywood writer urged for more violence to happen in Kenosha, Wisconsin, over the Rittenhouse trial.

We all know that lefties love the violence and chaos that Black Lives Matter and Antifa have wrought with their frequently deadly street riots. Sure, right now they’re supposedly lamenting the murder of two (white) BLM “heroes” at the hands of violent white supremacist “murderer” Kyle Rittenhouse, but some of them can’t wait to relight the fires of Kenosha and risk more lives. 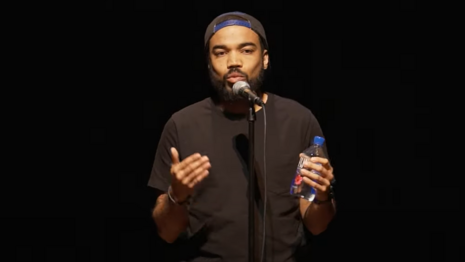 Park, Marvel Comic and Hollywood TV writer, has apparently been closely following the Rittenhouse trial. Well, not really, because he’s been tweeting out things like Judge Schroeder is “crooked” or that Prosecutor Binger (who is currently stretching the truth about details of the case to the jury at the time of me writing this) is “having him a helluva closing statement.”

Yeah, not the most accurate assessment of things – well, unless by “hell” Park means Binger could be going to hell for trying to bury a young boy over what looks like trumped up murder charges, but I digress.

Park clearly has been rooting for the bad guys on this one and in doing so has gone so far as to become the bad guy himself. In a post that eagle-eyed conservative Twitter personality Jack Posobiec spotted and retweeted, Park expressed his desire to see Kenosha on fire again.

Park opened his tweet with a quote from a news report indicating that the government of Kenosha, Wisconsin, had readied 500 National Guard troops to deal with any “peaceful” protests that may arise from a verdict in the Rittenhouse case.

“‘With a verdict near, Governor Tony Evers said that 500 National Guard members would be prepared for duty in Kenosha if local law enforcement requested them,’” he prefaced his scumbag sentiment.

Park added, “Burn that mfer to the ground.”

Oh, wow. And yet these people decry Rittenhouse as the violent perpetrator with the “punchable face.” Though, considering Park’s desire for more destruction, it’s not the violence he abhors, it’s that lefties might lose this narrative if Kyle Rittenhouse gets cleared of murder charges.

Of course, Park knows he screwed up and ceded any moral high ground or ability to lecture anyone concerning the trial with the “Burn the mfer” tweet. That’s why he deleted it shortly after posting it. Thankfully, the internet’s forever, as they say, and we won’t forget who Dylan Park really is.